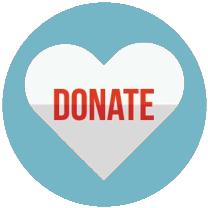 VISHWA JEEVAN SEVA SANGHA in short VJSS emerged in the mid 80’s by a team of young activists from a small agro village Saradhapur under Khordha Block of Khordha District. It was founded during the year 1984. The Organization registered under the Societies Registration Act XXI of 1860 during the year 1987. A voluntary, not-for-profit, non-religious, non-political, social-organization involved in sustainable development since 1982. The Organization has been implementing multifarious activities. The target groups of beneficiaries are the underprivileged/ neglected like Scheduled Tribe and Scheduled caste children, women in socio economic difficult circumstances like divorcees/ unwedded mothers/ parentless girls, physically challenge, and elderly population. Although the district of Khordha is considered to be a well to do district of having the state Capital with the jurisdiction, the life and livelihoods of the poor and marginalized communities in the interior pockets is with equal status as of the backward tribal districts of Odisha. VJSS provides wholehearted support to these section of the society, those who are socially oppressed, excluded, culturally backward and economically exploited. The organization since its birth, has involved in several welfare and developmental activities in ameliorating the concerns issues and problems affecting the marginalized and disadvantaged sections of the society at grass root level.

Back in 1994, Beijing declaration came in to force on ‘‘GENDER & EQUITY’’ and established a strong foundation with policy directives on the Status of women and their role highlighting several issues pertaining to equity issues which is not just equality. In view of the same, in India debates and planning took place at different corners of the country to go for gender based activities especially in the area of empowerment, health, education and livelihoods pertaining to the status of women in the society. Under these circumstances, the issue of equity was flagged off addressing the status of women among under privileged communities. The Government of India enacted laws and developed appropriate plan on the issues like domestic violence, women in distress, access of women to health, reproductive rights and so on and so forth. Thus the issue of linkage between equity and human rights continued as a big gap for the service providers.
While addressing the issues of life & livelihoods for the most vulnerable section of the society like Elderly Population, physically challenged ( DIVYANGAJANs), third Gender , drug addicts is the most challenging to bring equity & equality in the society.
On the other side post independence India has experienced several remedial initiatives pertaining to development of life & livelihood of the poor and unprivileged section of the society like Scheduled Caste & Scheduled tribe population. Planned and unplanned development initiatives are undertaken by both Government and non government agencies with different schemes and special purpose vehicles (SPVs).
Despite the best efforts put in, the socio-economic conditions of the people in hill and rural India has not able to reach the required level. The gap between poor and rich has been enlarged. The status of the absolutely disadvantaged group like physically challenged, elderly population, single women and extremely poor has created imbalance. From the constitutional point of view the issue of equity & equality is in question!
Under the given circumstances the present demand is to address the issues of equity but not just to provide subsidiary support as rehabilitative measures.
With the above said mandate a group of social scientists put the thought to go with innovative initiatives and the society named “VISHWA JEEVAN SEVA SANGHA- “VJSS”